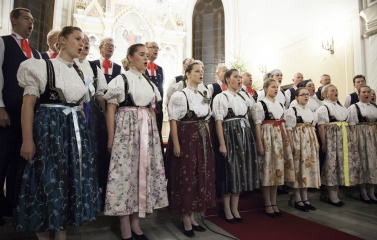 The band was established in 1988. Marian Żyła was the first conductor, then it was Władysław Wilczak , and since 2011, Danuta Zoń-Ciuk has been in charge of the group. Apart from home and abroad concerts for example in the Czech Republic, Germany, Croatia, Slovakia, Lithuania, Hungary and Bułgaria, Czantoria performs systematically in Ustroń, mainly at guest houses and sanatoriums. Since 1991, the ensemble has been presenting the harvest rite during the traditional Święto Plonów (Celebration of Harvest), and since 1994, it has performing during Tydzień Kultury Beskidzkiej (The Beskidy Week of Culture) in Wisła, Szczyrk, Oświęcim and Maków Podhalański. Czantoria is a laureate of numerous awards and distinctions, and the most valuable ones are: Silver Medal of the Polish Sejm (Parliament), distinction For the Merit of Bielsko Voivodeship and For the Merit of Ustroń. The band is now a representative ensemble of Ustroń town. Czantoria has given about 800 concerts, performing mainly repertoire based on the folklore of Cieszyn Silesia and patriotic, religious and festive songs. 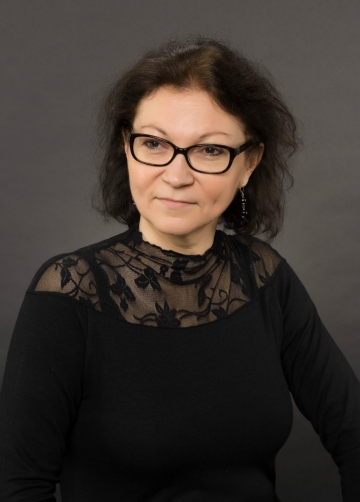 Danuta Zoń- Ciuk is an academic teacher and works as a lecturer at the Institute of Music in Cieszyn, the University of Silesia in Katowice. She graduated from the musical studies with distinction at The Artistic-Pedagogy Faculty of this university, and next continued her education at the Academy of Music in Warsaw at post-diploma studies. In 2014 she received a doctoral degree in the field of musical art, in the discipline of conducting. Her artistic path began with conducting choirs of State Music School of the 1st and 2nd degree in Cieszyn and next she was an assistant of Professor Halina Goniewicz-Urbaś in an academic choir “Harmonia”. She was also a second conductor of a chamber choir “Absolwent” from Skoczów and Polish Mixed Choir “Collegium Cantocorum” from Czeski Cieszyn. Now she is a conductor and artistic manager of the Chamber Choir “A piacere”, which is formed from students of Faculties in Cieszyn of the University of Silesia, and since autumn 2011 also of Folk Ensemble “Czantoria” from Ustroń. In 2008 she was awarded with the Silver Honourary Badge, and in 2012 Golden Badge of the Polish Association of Choirs and Orchestras for her artistic activity.