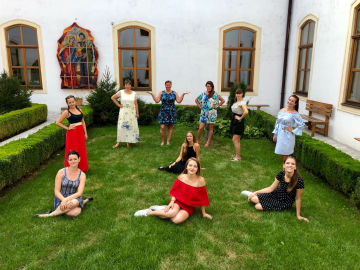 Les Sirènes is a female chamber choir, established in June 2018. This ensemble was founded from the initiative of the Monastery of the “Milosrdní Bratia“ (Merciful Brothers) in Bratislava, to let young and beautiful women’s voices interpret spiritual music at the occasion of the solemn liturgies. The vision of a choir is a sacred and secular music interpretation and singers are mostly graduates and students of music art schools. In less than two months, the choir has studied and performed two masses (L. Delibes, G. Faurè). First debut concert has been performed in the Paradise garden, part of hospital of the Monastery, at the end of August, and was very well accepted by the audience. Choir presented pieces of French giants as Francis Poulenc, Georges Bizet and Gabriel Fauré, acapella or accompanied by a keyboard and an organ. Les Sirènes is currently preparing for competition and concerts at home and abroad (Austria, Czech Republic, Germany). 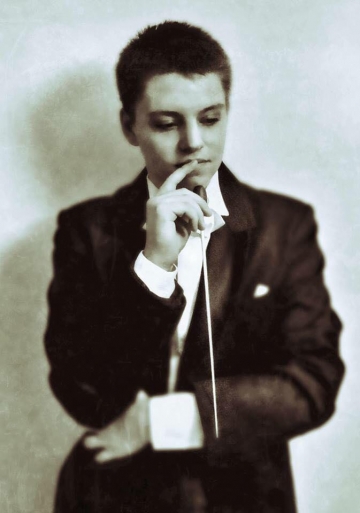 Lukáš Kunst has started his career as a singer in children choir Kantiléna in Brno. Lukáš studied opera singing at State and Church conservatories in Bratislava, took conducting classes in Prague at International conservatory, and consultancy of choir conducting in Bratislava. Currently, Lukáš is a student of a private conservatory PinkHarmony in Zvolen. In 2012, he prepared choir of Bratislava Church conservatory for a musical Mozart, performed in theater Nová Scéna. He collaborated in various music projects with slovak music schools (Hommage a Anna Hrušovská, Kvapka Nádeje, Christmas concert on Bratislava castle), and established Chamber Opera Bratislava in 2014. Over the years, Lukáš cooperated with famous slovak singers as Sisa Sklovská, Terézia Kružliaková, Otakar Klein, Mirka Partlová, Božena Ferancová, Dušan Jarjabek, Ludo Ludha, Jana Bernáthová and many more. In 2016, he introduced his author debut piece, musical-drama performance HOPE in Handlová, with focus on world humanity issues. In June 2018, Lukáš has founded women’s chamber choir Les Sirènes and prepares the ensemble for establishing its position on Slovak music scene.