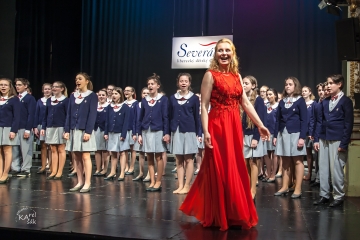 Beautiful children’s voices, high artistic niveau and mainly smiles and delight from singing – all the above mentioned have already been performed at home as well as abroad by SEVERACEK *), Liberec Music School Children’s Choir for the past 60 years. From its founding in 1958, by Jirina and Milan Uherek, Severacek has been represented a big “choir family” – two hundred and thirty girls and boys between the ages of four and eighteen perform in four prepared sections and a concert choir. For more than six decades Severacek has showed its exceptional quality with many winnings in competitions at home and abroad: among other four times in Cantonigros - Spain, Pärnu - Estonia, four times in Preveza and Rhodes - Greece, twice on the island of Jersey - Great Britain, five times in Neerpelt - Belgium, in Nantes and Tours - France, three times in Prague, three times in Bratislava – Slovakia (overall 35 first places). The latest great success were three gold medals and a special prize for the best conductor of the International competition in Lago di Garda, Italy. Enthusiastic ovations have followed Severacek on three continents – in twenty European countries, in Syria and Jordan, in the USA, Canada, in Japan and also in South Korea. The choir is usually also a guest of Prague Spring and other international musical festivals (e.g. Basel, Paris, Toronto, Belgrade, Athens, and Barcelona). Severacek frequently records for television and radio transmission. The choir has already got a number of records and eight-individual CDs. Significant is its cooperation with Czech leading orchestras, conductors and operas (newly with Czech Philharmonic in December 2018, Prague Philharmonia, mainly with the F. X. Šalda Theatre in Liberec). In the repertoire of the choir you can find compositions of all periods from middle age to contemporary music and frequently experimenting choir compositions. A large proportion is made up of modified folklore songs, mainly in its original language. Years spent in Severacek have had an influence on all its generations. In addition to hundreds of music pedagogues there are many professional musicians and singers among its past members, including opera soloists, who can be heard not only on Czech leading opera scenes, but also in Munich, Dresden or in Paris. 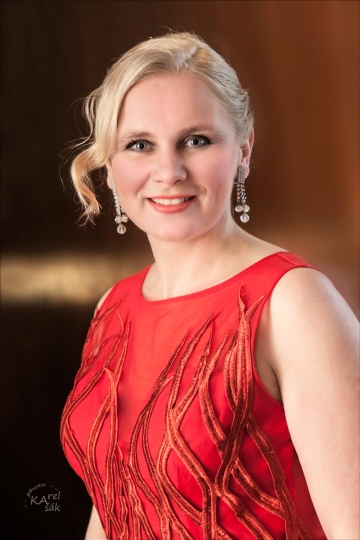 The conductor of Severacek Silvie Palkova (*1974) has graduated from the Conservatory in Pardubice and the University of Hradec Králové. In addition to her work as a choirmaster Silvie Pálková also organises seminars for choirmasters and serves on the judging panels for choral competitions (Prague, Novy Jicin – Czech Republic, Llangollen – Great Britain, Cantonigros – Spain). She regularly organizes „Little Singers“ choir festival in Liberec and seminars for conductors as well. She is the choirmaster of the Mixed Choir Jested from Liberec too. Silvie Pálková received the title “Conductor of the year 2016” from The Czech Choirs Association.