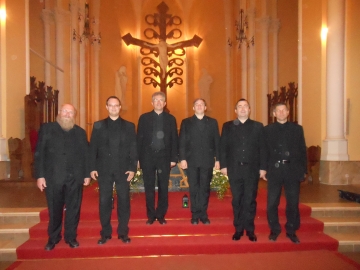 The Grazer Choralschola (Graz Gregorian Chant Schola) was founded in 1992 as a special ensemble for the interpretation of Gregorian chant according to the oldest manuscripts of the 10th century which determine the interpretation. The members of the schola - women and men – are church musicians, musicologists, and theologians. In the course of their studies they have come to know and love Gregorian chant. They cultivate and pass on the chant in the liturgy and in religious concerts, coming out of their experience of its spiritual and cultural power as well as its aesthetic beauty. The schola sings according to the principles of Gregorian semiology, that branch of research in chant scholarship which investigates the oldest notation for its performance practice directions. Fundamental for this approach to the Gregorian repertoire is the acknowledgement that here the written word of the Bible becomes "resonant speech" (Godehard Joppich). Correspondingly, both components, aesthetics and liturgical/theological, form equally importantly the foundation for the interpretative stance taken. This corresponds to the oldest discernible manner of performance. In accord with the usage most widespread in the Middle Ages, the schola sings either with the men’s or women’s group or with high and low voices together. This corresponds to the medieval monastic practice. The notes of the melodies of the individual chants as sung by the Graz Gregorian Chant Schola are reconstructed principally with reference to sources of the 10th and 11th centuries. Thus they often do not correspond to modern practical printed edition, but rather seek to represent the original form of the sung tradition. The Graz Gregorian Chant Schola has appeared in several Austrian musical and cultural centers (Vienna, Graz, Salzburg, Innsbruck, Bregenz). Their first CD „Veni – Gregorianischer Choral im Advent“ was produced with the Styrian studio of Austrian Public Radio. A large project with Austrian National Public Radio was the singing of all the entrance chants of the Mass ("introits") in 1996 for a religious program heard every Sunday morning on the radio. The result is available as a 4 CD recording titled "Introitus". Their 1998 CD "Splendor Austriae - Oesterreichische Heilige in Hymnen und Sequenzen" presents hymns related to various Austrian saints. Their most recent CD, "Summi regis in laude - Gregorianik aus Seckau," presents chants from Seckau Abbey in Styria. Their concert tours have taken them to Israel in 1996 and 2006, four times to Watou (Belgium) for the International chant festival, and to the United States in 1999 (New York, Chicago, Minneapolis, St. John's University Collegeville) They opened the International Organ Week in Nuremberg in 1998 with the singing of the entire Office of John the Baptist, and they also took part in the Haapsalu Festival in Estonia the same year. They took part in different Italian festivals (Genova, Arenzano, Firenze 2008) . They were invited to work with Nikolaus Harnoncourt during the Styriarte Festival Graz in July 2000. Concert tours has taken them to Slovakia for several times. They were invited again to take part in the Styriarte Festival Graz for many years. A concert tour in Hungary (including Gregorian Chant Festival in Vác) was a high-light of 2002 and 2005. 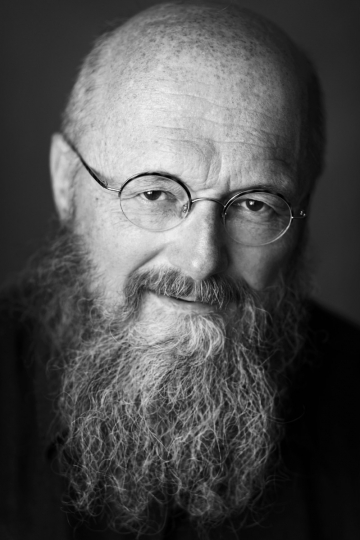 Franz Karl Prassl studied theology (doctorate in liturgy) and music (liturgical music, choral conducting and conducting with) in Graz. He has undertaken continuing studies in Gregorian chant with leading researchers such as Godehard Joppich, Luigi Agustoni and Johannes Berchmans Göschl. From 1982 to 1992 he was cathedral organist in Klagenfurt, from 1982 to 1989 also liturgical music director of the diocese Gurk. Since 1989 he is full professor for Gregorian chant and history of liturgical music at the University of Music and Dramatic Arts in Graz. He was head of the liturgical music department 1995-2000 and was dean of studies of the University 2000-2003. He is active as an international concert organist and conductor, has released a CD on the Mathis organ in the Klagenfurt cathedral, has undertaken numerous productions with Austrian Public Radio, and is director of Gregorian chant courses in Austria and internationally. His scholarly work on Austrian liturgical and musical history focuses especially on the 12th century.