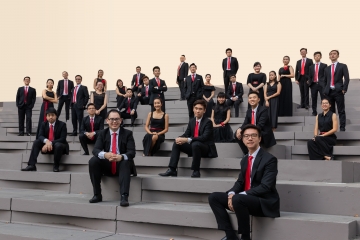 Raffles Singers was founded in 2001 when the alumni of Raffles Chorale, recipient of the 1999 Best Choir of the Year award, came together for a reunion concert. Since its inaugural full-house concert at the Victoria Concert Hall, Raffles Singers has actively performed at home and abroad, drawing choristers from top school choirs, accomplished choral conductors, teachers and singers, amongst others. From performing at the inaugural International Garden Festival in Singapore to a concert at the Holy Cross Church in Warsaw to the more recent performance of Mahler’s Symphony No. 2, Raffles Singers has constantly garnered raved review. Further afield, Raffles Singers has clinched top honours in international competitions and festivals in Europe. From winning a perfect-score Gold Diploma and Category Champion at the 34th International Festival of Songs Olomouc in 2006 to the more recent Grand Prix at the 3rd International Copernicus Choir Festival and Competition in Torun, Poland, the Singers continues to fly Singapore’s flag high. In 2017, the choir was the first Singaporean choir in over twenty years that was invited to perform at the 11th World Symposium of Choral Music in Barcelona. Today, Raffles Singers is recognized as a premier Singaporean choir 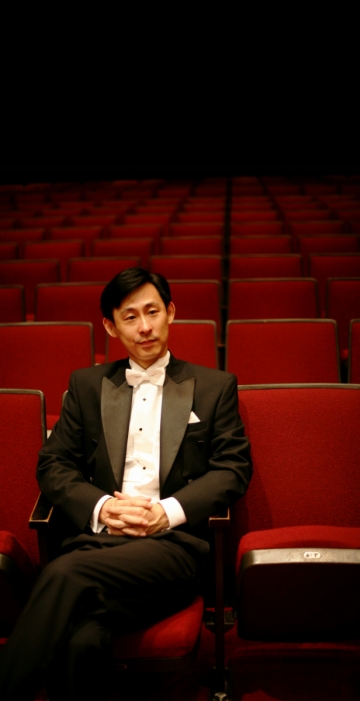 Starting out essentially as a self-taught musician, former Physics teacher Toh Ban Sheng com-pleted two master’s degrees in Choral Conducting and Voice from the USA with the support of a National Arts Council Bursary. Toh has since come to be recognised as an eminent conductor and music educator with an illustrious track record, having garnered more than 70 gold awards at international and national competitions. An active member in the international choral scene, Toh is a highly sought after guest-conductor, clinician, and adjudicator. He has also written for the International Choral Bulletin and had his music published in the United States. His choirs have won numerous Grand Prix, Category Champions and Special Jury Prizes in Austria, Belgium, Bulgaria, Czech Republic, Finland, Germany, Lithuania, Poland, and Slovakia, and he has been honoured with Conduc-tor’s Prizes seven times. To date, he has brought his conducting work to many major cities such as London, Paris and Vienna. At home in Singapore, Toh’s choirs have twice won the highest national accolade of Best Choir of the Year Award. He has also served as a Music Specialist with the Ministry of Education. Among many other notable appointments, he conducted the 800-strong National Day Parade Combined Choir in 1999 at the national stadium on live telecast. In recognition of his artistic achievements and contributions in the Singapore music arena, Toh was conferred the Young Artist Award in 2006 by the National Arts Council. He is currently the director of five award-winning choirs in Singapore schools and junior col-leges, in addition to directing the Raffles Singers and Amoris Singers. Since 2014, he has been serving as the Artistic Director of International Choral Festival Orientale Concentus held in Sin-gapore. Toh is married with a daughter. His self-titled biography, “The Accidental Conductor”, was published in 2010. The Choral Series under his name with Earthsongs Music Publication (USA) was launched in 2012.