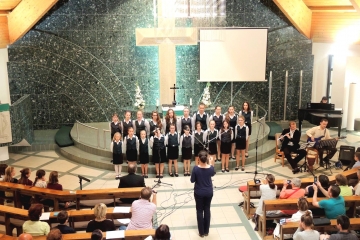 The choir Canens was founded in 1990 by Gabriel Rovňák. Under his leadership, the choir has had over 700 concerts and recordings, including over half of them abroad, as well as 41 foreign concert tours (France, Belgium, Germany, Denmark, England, Netherlands, Croatia, Czech Republic, Austria, Sweden, Ukraine, Poland, Finland and Latvia, South Africa). It is the first Eastern European choir that was honored to sing in Windsor, the summer residence of the British Queen. They also performed in the Rudolfinum or in the Cathedral of St. Vít at the Prague Castle. In recent years, the choir has undergone a major generational exchange and is shaping up in a new form. This is partly reflected in the selection of a repertoire which, in addition to the classical works of the choral repertoire, includes several arrangements of traditional and pop songs. At present, the choir accompanist is Andrea Hallon Stankovska and the conductor Zuzana Buchova Holičková. 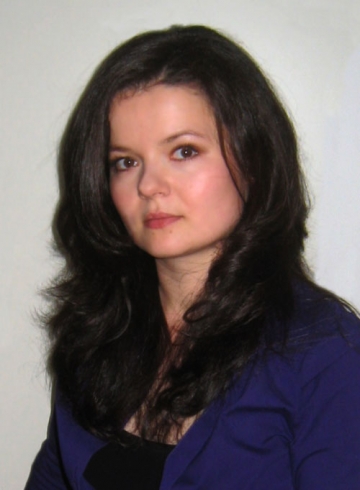 Zuzana Buchová Holičková graduated from the choir conducting at VŠMU in Bratislava under the direction of prof. Blanka Juhaňáková. At the same time, she conducted and sang in church choir Chorus Salvatoris and also worked as assistant of choirmaster Iveta Viskupová in the mixed choir Technik. She also expanded education on international masterclasses and competitions. In 2012-2013, she was a choirmaster of the mixed choir Tirnavia. She continues to act as a choirmaster and singer in the Chorus Salvatoris at the Jesuit Church in Bratislava, and also as the assistant conductor of the Technik Choir. Since 2012 she has been the conductor of the Canens Children's Choir at SZUŠ Macharova.