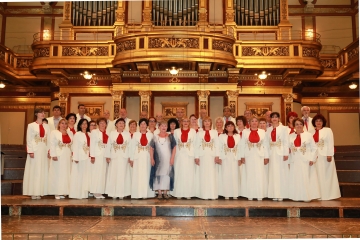 "Alen Mak" Choir was founded in 1923 and its 95-year rich history entwines the fate and love of generations of choir music lovers. Since its participation in the Fair of the Choirs of South-Western Bulgaria in 1938, "Alen mak" Choir has participated in all Festivals of Amateur Art in Bulgaria. It was awarded with the title "representative" and has received golden medals and other national awards, as well as prizes from international competitions and festivals. Its latest international performance was in 2018 at the 9th World Peace Choral Festival in Vienna, Austria. For this participation, Blagoevgrad Municipality offered the choir the biggest Bulgarian music award - the "Crystal Lyre". The Choir performs in Bulgaria and participates in joint concerts with soloists and the orchestra of the Blagoevgrad Chamber Opera. The Choir has done concerts and participation in festivals and competitions in Macedonia, Greece, Russia, Hungary, Czech Republic, France, Italy, Germany, Switzerland, Spain, Romania and many other countries. The choir's repertoire includes choir music starting from the Baroque period to modern musical styles, cantata-oratorio pieces of music and Eastern-Orthodox songs, gospels and spirituals, choir songs from the Bulgarian composers' school, and songs that were created as a result of an active cooperation with Bulgarian composers. Mixed choir "Alen mak" has done records with the Bulgarian National Radio, Bulgarian National Television and Nova Television. 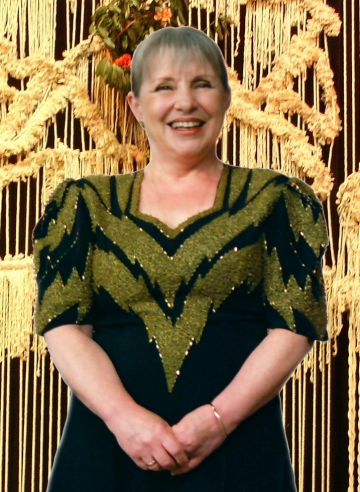 Yolanta Lazarova received her education in the “Pancho Vladigerov” National Academy of Music under professor of choral conducting Liliya Gyuleva, and SWU “Neofit Rilski”. She began her professional career as a piano teacher in Sofia. Since 1977 she has been working in Blagoevgrad, beginning with amateur choral formations, including mixed choir Alen Mak, the children’s, middle school and chamber choirs. From 1983 to 2015 she worked on the professional stage. She worked full time until 1995, and then at a honorarium until 2005 as a tutor-accompanist and choir master, and as part of the stage team, at the Chamber Opera Blagoevgrad. She has worked on many stage plays and done tens of chamber concerts with the opera’s soloists. Apart from the many shows in Bulgaria, she has also made appearances in Germany, Croatia, Italy, Spain, Greece, Israel, Egypt and others. From 1996 to 2015, she was the choral conductor of the professional folk “Pirin” ensemble, which has had a multitude of appearances locally and abroad. During that time, the choir had many solo appearances with a grand acapella repertoire, apart from performances with the whole ensemble. Under her lead, the choir completed recordings with the Portuguese singer Amelia Muge (“A monte” – 2002), with the American composer Alec Costandinos (“1892 Once upon a village” – 2013) and at Radio Blagoevgrad. She did concerts in Portugal, Japan, Russia, Belgium, Greece, France, Macedonia, Serbia and others. Since 1997 Yolanta Lazarova is once again an honorary conductor of mixed choir Alen Mak, which has a tremendously rich and diverse repertoire, and many awards from both local and foreign competitions and festivals. She is the author of a multitude of choral arangements and accompaniments. In 2013 she was awarded the Golden Lyre of the Union of Bulgarian Musicians and Dancers, and the Golden Plaque of the Bulgarian Choral Union. She is a member of the board of directors of the Bulgarian Choral Union.